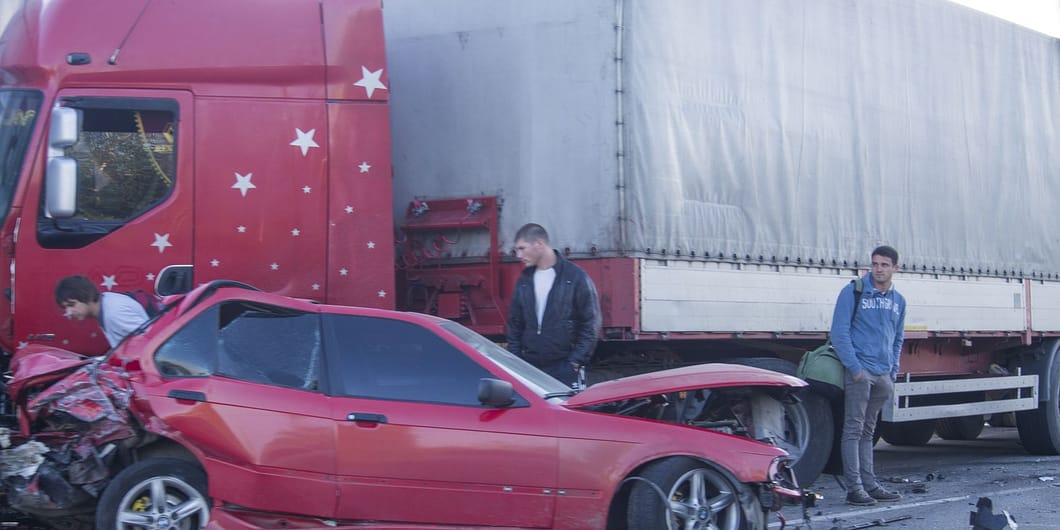 The human brain is capable of keeping us alive through intense, extreme situations. From car wrecks and domestic abuse, to stalking and shoot-outs, we can survive horrible things.

However, just like physical trauma, mental and emotional trauma leaves wounds in the psyche. Sometimes they heal over, and you'd never even know.

Other times, though, the trauma leaves deep, painful scars. When those scars interfere with your daily life, the condition is called post-traumatic stress disorder.

When people think of post-traumatic stress disorder, they tend to think of returning combat veterans. Whether it's pop culture depictions like what we saw in Rambo: First Blood, or nightly news stories about the numbers of soldiers returning from Iraq and Afghanistan who are dealing with this condition, it's something we think of as exclusive to warriors.

Sometimes we admit that it may be common in police officers, as well. However, being in a war zone is just one instance where the constant tension, stress, and regular infusions of adrenaline can leave lasting effects on someone's mind.

Because everyone reacts to trauma differently, it's impossible to say what will, and what won't, leave someone suffering from PTSD.​

For example, someone involved in a mass shooting might be able to put the incident behind them, once they've had some time to recover and recuperate.

Other people, though, may never be able to go to the place where the incident happened, or even other places like it, without being triggered.

Nightmares, flashbacks, severe anxiety, and intrusive thoughts regarding the trauma can all make leading a normal life extremely difficult.

Post-traumatic stress disorder takes many forms, and no two sufferers show the same symptoms, or react the exact same way to the same stimuli.

For example, one person who drove a convoy through a war zone might have no negative reactions to traffic when behind the wheel, but someone who was involved in a collision that resulted in the loss of a loved one might feel extreme distress whenever a truck sounds its horn.

If someone suffers from post-traumatic stress disorder, they have to plan their entire lives around it. And, in some cases, they need to inform the Bureau of Motor Vehicles or the DVLA Swansea.

You can be fined up to £1,000 if you don’t tell DVLA about a medical condition that affects your driving. You may be prosecuted if you’re involved in an accident as a result. Within the UK, you must fill in a M1 form

According to the Houston Chronicle, there are many states, such as Texas, Virginia, Florida, and Ohio which ask applicants if they suffer from any conditions, or take any forms of medication, that might interfere with them being able to drive safely.

This is far from a universal requirement, though, and in many states where there is an attempt to classify some applicants as "mentally unwell" there have been legal challenges on the grounds that the questions are archaic and unnecessary.

Make Sure You're Safe

Getting behind the wheel is always a risk.

Whether you're driving down to the corner store to pick up some snacks, or you're on a cross-country road trip, there is always a chance that circumstances will pitch a fast ball at your head.

As a driver, you need to know whether you're going to be able to react to that.

Having PTSD doesn't mean you can't drive, or even that you're an unsafe driver. However, if your condition is triggered by driving, or you're more likely to suffer from serious symptoms when you drive, then it's important to know that, and to gauge the risk appropriately and discuss this with your doctor immediately.

Suffering from this condition doesn't prevent you from having a driver's license, owning a car, or getting out on the highway.

But you need to take responsibility, and avoid that sort of situation, if you know there's a high risk of incident when you drive.

One of my big triggers is driving.

I don't have very many triggers with my Posttraumatic Stress except for when I'm in the car.

And it was about three months ago, I was driving.

So in Seattle, we have these stoplights when you're ready to get on to the freeway during rush hour they try to regulate the flow on there.

And so I was sitting at the stop light. It was my turn to go and this lady just cut me off. And I blew up and I postured my car to cut her off and she wouldn't yield to that control.

And I got angry and I rolled my window down and just as I was about to start yelling things out I realized, "Timm, this is exactly what you don't need to be doing right now.

You need to de-escalate the situation.

You need to take a breath. There's something more important going on here than just this lady trying to cut you off." And so, in that kind of moment, I realized that it was okay that I didn't have control over the situation.

I was able to understand that I was being triggered. This isn't Iraq.

And so once I did that, once I started taking a couple of breaths, I was able to deescalate that and pretty quickly actually.
Did you know that around nine percent of all people involved in motor vehicle accidents suffer from post-traumatic stress disorder or PTSD after the accident

check out this video to learn more