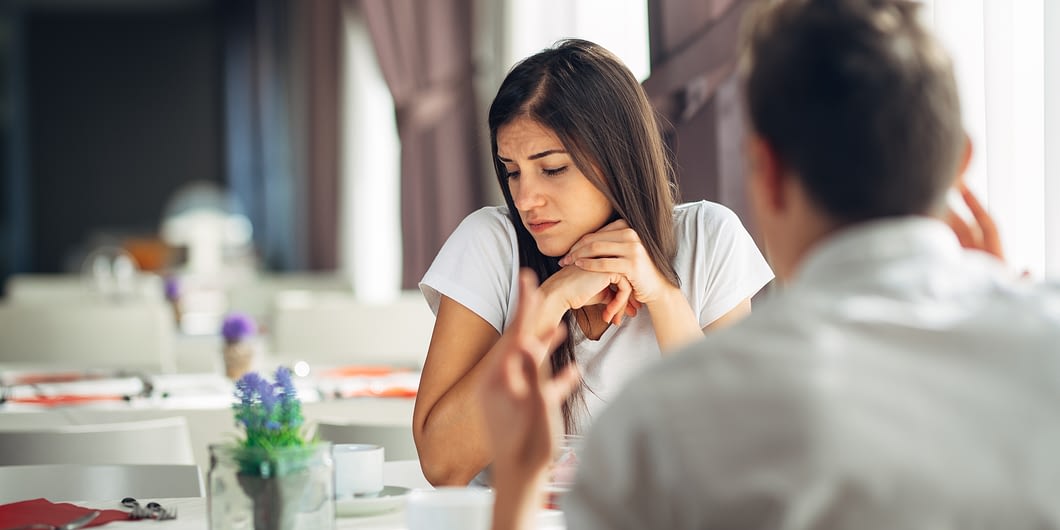 Submissive behaviour is the tendency towards being passive and willing to yield to others. It involves being overly obedient and quick to give way to the demands of others, letting them make decisions for you.

Most of us are submis­sive at times, depending on the behaviour of other people, or the particular circumstances in which we find ourselves.

We accept we cannot always have our own way, and make a judgement to be passive. However, some people continually submit to others, and refuse to stand up for themselves. They often feel they are being taken advantage of, but do little to alter the way they behave, thereby allowing this cycle of submissiveness to continue.

Women have tradition­ally been seen as being prone to submissive behaviour, both in their personal and professional lives, allowing themselves to be constantly dominated by family members and/or business colleagues.

Individuals with eating disorders (anorexia nervosa) and bulimia nervosa are also consistent with significantly higher levels of submissive behaviour, which has been  observed within this population and related to the severity of their symptoms.

A submissive person maybe regarded as a shrinking violet, avoiding upsetting others either because they fear them, or they dread to hurt their feelings.

Submissive behaviour can often stem from a lack of self-esteem and self-confidence.

This may occur as a result of being made to feel inferior, for example from constantly being 'put down' or criticized as a child. It is also caused by feeling powerless in a personal or professional relationship.

Fear is a common cause of submissive behaviour. Some may fear rejection if they say what they really think or want; they may fear harm or injury; or financial ruin, such as losing their job after stand­ing up to the boss. 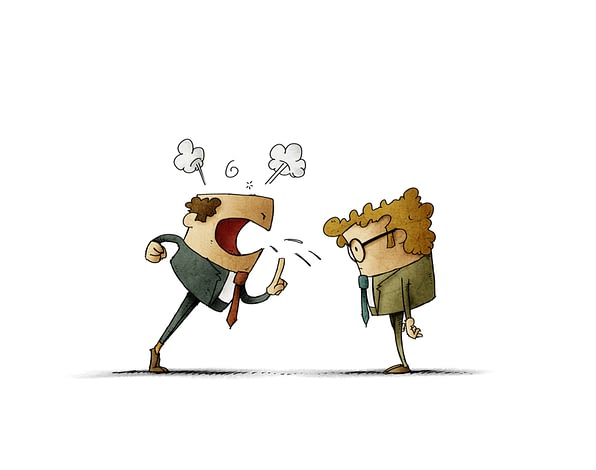 When things go wrong, the submissive person is likely to assume that they are to blame in some way and accept culpability when singled out by other people.

Submissive behaviour is often the result of believing that it is not polite to contradict others. Submissive people often worry that they will be disliked if they show their true feelings. They may also believe that trying to get what they want is selfish.

Lack of confidence and self-esteem.

Inability to assert oneself.

Always giving in to the demands of others.

Constant fear of failure, rejection, and of hurting other people's feelings.

What are the effects of submissive behaviour?

If individuals are not assertive and do not take control of their own lives, this can lead to endless conflict and unhappiness.

If there is an inability or unwillingness to stand up for their own beliefs, the submissive person's life may fall under the control of others. This can be very harmful, as the person may soon feel resentment towards the dominant party because they appear to be refusing to take the submissive person into consideration.

Submissive people often feel depressed, inferior, and guilty, due to the direction their life is taking. They feel a loss of control, yet still, blame others for their situation. This can lead to anger and resentment, as well as a loss of respect for those who are dominant.

How can I become less submissive?

When trying to overcome submissive behaviour, there are some useful self-help tips to bear in mind. Most depend on the development of self-confidence and self-esteem, and on cultivating a healthy sense of self-worth.

Do not neglect yourself, physically, mentally, or emotionally. If you start to feel good about yourself, you will be emotionally stronger and feel it is your right to assert yourself.

Learn to say no, starting with minor requests.

You will find that others do not think less of you for refusing to do what they ask, especially if their demands are unreasonable.

Do not feel guilty for saying no?

Accept yourself without judging. Do not allow yourself to feel that you are a 'bad' person if you refuse to give in to others' demands. It is your right to control your life.

Avoid becoming angry when demands are made. If you refuse calmly and rationally, you avoid creating a stressful situation.

Do not worry about what others will think of you. When people dominate you, they may feel powerful, but they will also resent you for letting them take advantage.

How can I overcome submissive behaviour?

Submissive people are often dominated because they allow it to happen. If individuals let others know they cannot always be overruled or dictated to, they may eventually be treated differently.

In order to overcome the problems caused by submissive behaviour, individuals must learn to be assertive. First attempts may fail or be crude in manner, but the most effective means of standing up for oneself will soon be learned.

However, it is important that the individual does not over-compensate for their former submissive behaviour by being gratu­itously offensive or rude.

It is advisable to bear in mind that there is a differ­ence between selfishness and self-interest. There is no need to feel guilty about being assertive, especially if the motives and actions are reasonable.

There are various tech­niques aimed at overcom­ing a tendency towards submissive behaviour; so if you feel that this is a problem that affects your quality of life, you should see your doctor, who may offer advice.

The following steps constitute one psycholo­gist's approach to encour­aging others to be more cooperative and respectful towards a submissive person, while enabling the latter to have a sense of proportion in the way they react to other people.

2. If someone attempts to dominate you, try to reason with them. But only do so twice. Do not continue to give them the opportunity to treat you badly. This only strength­ens the idea that you can be dominated.

3. Finally, if someone persists in their attempts to dominate, and talking has not helped, you should step out of the situation to prevent it from continuing.

If there is anything that resonates, in this article that causes concern to you, please consult appropriate therapeutic services for further advice and support.