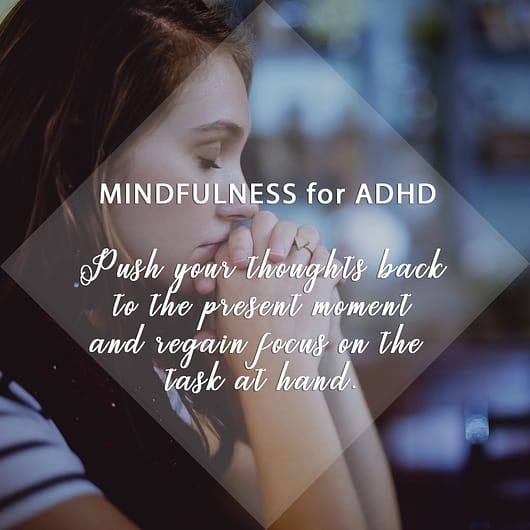 One can argue mindfulness for ADHD is a bunch of hooey just as easily as they can deny ADHD even exists, but when Dr. Lidia Zylowska and her team blew the minds of disbelievers with a 2008 study, many doubters had to reassess their position.

Over recent years mindfulness has caused quite a stir in just about every life aspect, but mindfulness in ADHD deserves a special look.  Here’s why!

In Dr. Zylowska’s 2008 study “Mindfulness Meditation Training in Adults and Adolescents”, 78% of participants who practices mindfulness awareness reported a reduction in ADHD symptoms.  That is an incredible statistic!

First, let’s go over the mindfulness concept.  This approach, which uses meditation as one of its tools, encourages an individual to pay special attention to here-and-now moments without judgement.  In practice, this means avoid thinking back and pondering what could have been, and don’t freak out over the future, just be here.  Right now.

That’s not to say mindfulness is suggesting we ignore past or future events in total, but dwelling on them will rob us of time, and time is something we can never get back. There is certainly no problem with learning from mistakes if it leads to a better outcome.

However, there is no value in bemoaning what could have been or holding on to bitterness and regret. This is especially so where events or actions where beyond our control, whether they were enacted by others, Acts of God, or natural events. Beware of “if only” statements.

To employ mindfulness to its best advantage, if non-productive past and future thoughts intrude, allow the thought, replace it, and move on.

Mindfulness for ADHD, as one could imagine, is a dream come true for many.  There are parents refusing to medicate children for fear of side-effects, and adults trying to find a natural way to cope with ADHD to avoid being addicted or dependent on yet another prescription.

Stimulants are the first prescribed line defense for ADHD, and yet they don’t work for everyone.  Sure, Omega-3 and Omega-6 are great, but is that going to fully fix the problem?  Probably not in most cases.  Managing ADHD symptoms is challenging at best.

The researchers in Dr. Zylowska’s study knew what they were doing.  You can’t put ADHD participants on a rigid schedule and expect them to stick to it.  They made special adaptations to the study so it would be successful:

Those are the key components of both ADHD and mindfulness, oddly enough.  Although they are working at opposite ends of the spectrum and fighting for different causes, so to speak, they both primarily juggle the same tenpins.

In mindfulness for ADHD the idea is to push your thoughts back to the present moment and regain focus on the task at hand.  ADHD sufferers are constantly challenged by intrusive thoughts pulling their attention in one direction or another and they often lose sight of what is happening right now.

Beginning another task, completely unrelated to the first task, is par for the course in ADHD patients.  By the days’ end they’ve got multiple unfinished tasks, have spoken a plethora of self-deprecating comments, and are left feeling discouraged and defeated.

We all have goals, right? 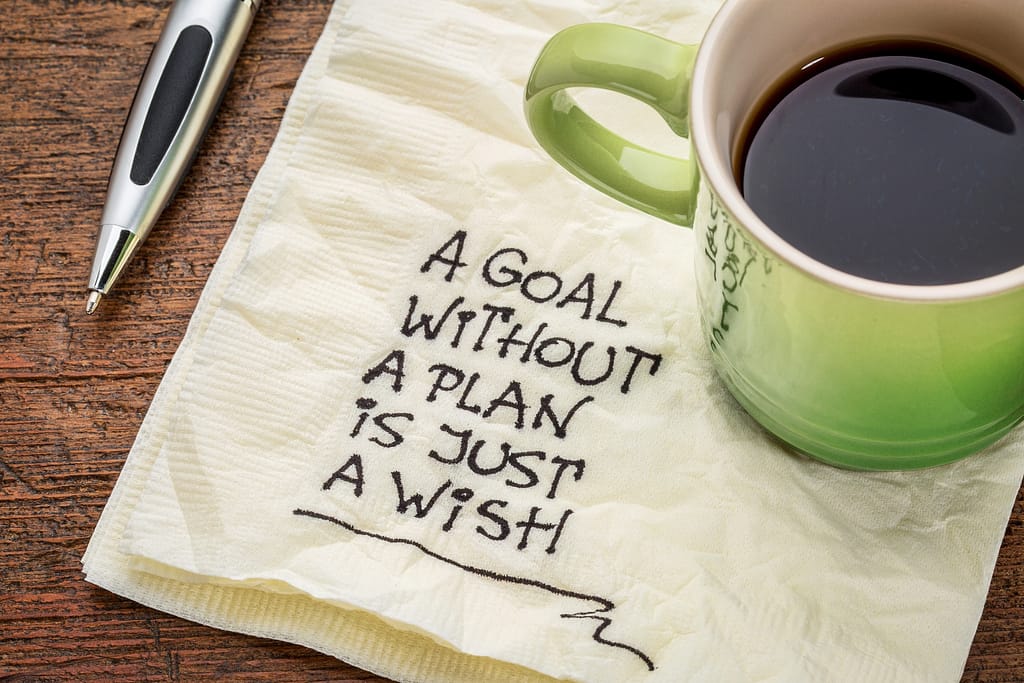 That’s the object in our day-to-day life efforts, and long-term, to obtain or attain our goals.  However, not everyone can keep their nose to the grindstone and hammer out results one after the other.

Mindfulness with ADHD helps strengthen attention span, it helps manage emotional surges and it helps in achieving goals.  Of course, the person with ADHD will be resistant to focusing and consider this approach quite a workout.

Studies, including the milestone one mentioned above, have proven that with time, patience and practice, the ability to immediately redirect themselves can become second nature.

When focus is mindful and redirected back to the present, tasks get done.  When tasks get done, jobs are kept, and paychecks keep coming.

Chores are finished before parents get home and nobody gets grounded.   Laundry gets done, folded and even put away!

It’s amazing what can be accomplished when distraction gets beat down by focus using mindfulness by those suffering with ADHD.

It may mean little to those who aren’t directly affected, but to someone with ADHD, or maybe even more so, the parent of a child with ADHD, this gives incredible hope for dealing with the condition.

So I begin every morning with meditation. For me, it is a 20-minute practice and it really is about just beginning the day with kind of a foundation of calm and focus.

The deal I have with myself is that I have to have a meditation practice before I make my first decision of the day.

So, before things start to get too hectic. And it’s focusing in on the breath, going in and out of my body.

And trying just to get my mind to direct itself to the sensation of that breath. Now what happens is, is that my mind doesn’t want to do that.

My mind wants to go and think about my shopping list and my to-do list, but I’m constantly in that practice trying to get it to go back to the breath. I think the reality is is that the nature of our minds is to be distracted, you know, they move.

And depending on what your label is, it kind of speaks to this degree at which that happens.

So meditation for me, I’m not sure if it helps me with the reading and the writing piece, but definitely with my attention issues.

You know, it helps me to be able to focus my mind on a task or something that I’m working on.

And then the other piece of it I think is definitely emotional. Most of us live pretty stressful lives, and so it’s nice to begin a day in a state of calm and to know that at any point in the day if I need to, I can go back to that.

I think the ultimate goal of meditation is actually not about like, sitting on a pillow and then in a dark room with your eyes, you know, closed, but it’s about whether or not you can carry that mindfulness throughout the day. 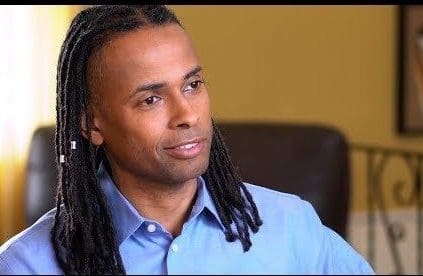 The art of breathing?

Mindfulness and Meditation, companions on your journey throughout life.

Discover the importance of mindful breathing.

Ways to Reconnect with Nature

Checklist: Techniques for Living in the Now