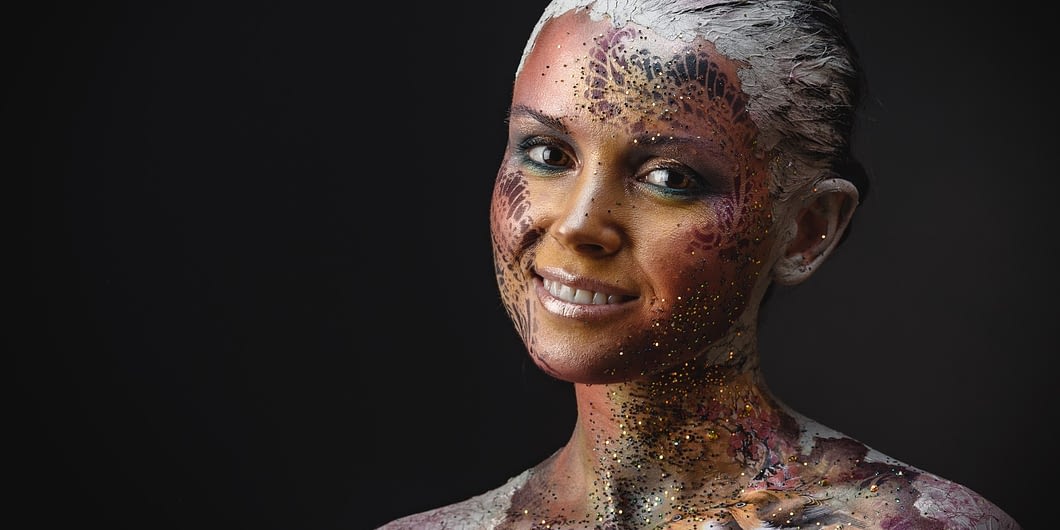 Almost everyone has fantasies, but they are usually experienced most intensely by young children and teenagers. Small children have very vivid inner lives, often inventing imaginary playmates or imaginary best friend. However, in their early years, they sometimes find it difficult to distinguish between fantasy and reality. 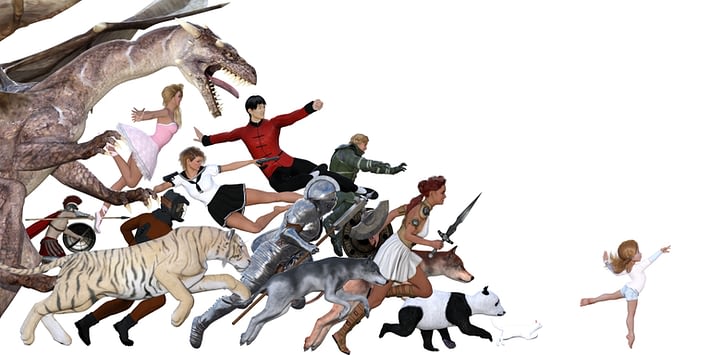 Imaginative play is part of their emotional and intellectual development, helping them make sense of new experiences and relationships with family and friends.

The fantasy media has certainty made money by franchising its merchandise to promote this illusion. Nevertheless, this has produced some significant box office events with fan-engagement with previous films and fantasy television drama box sets in demand. 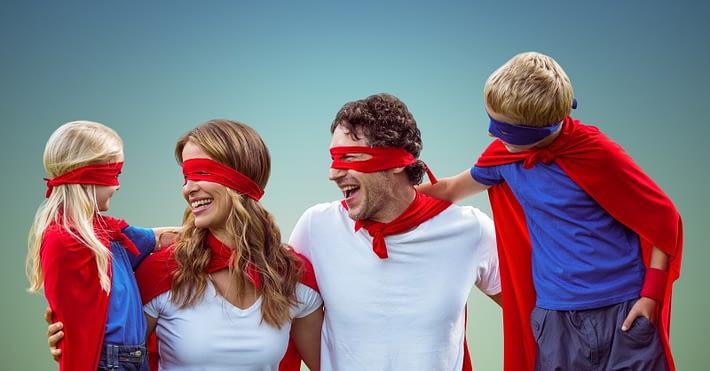 Most of you will be familiar with some form of fantasy through stories or films in which the Boy Wizard Harry Potter’s magical wanderings take this one step further, involving the Wizarding World of adventure with spells, dragons, or unicorns.

There was one futuristic makeover with an Artificial Intelligence (AI) technology twist for those who pay homage to a bygone era of American spaghetti films.

This being Westworld, a science fiction western with a storyline that high paying “guests” could indulge their wildest fantasies within a make-believe World of adventure. Still, it certainly wasn’t your average theme park venture for most.

When they grow up, they see their make-believe games as childish and internalize their fantasies during childhood development. Adolescents often retreat into private dreams because they strive to find their place in the adult world and inevitably fail to achieve all their goals. Fantasies bridge the gap that occurs between unrealistic aspirations and reality.

When it comes to fantasy, Alien offered an adult out of this World entertaining melodrama. Whereas for the younger audience, Alice in Wonderland also appeared as ‘another world’, but the most fabulous children’s fantasy of all time was The Wizard of Oz (1939).

For adults, the mythological series, Game of Thrones had its struggle against a growing host of demonic, magical, and supernatural powers. The special effects and sexuality were in abundance.

When do people have fantasies?

People tend to fantasize when there are no distractions, and their minds are unoccupied. When they lack something to do, this may be avoiding an unwelcome task or are engaged in undemanding work such as washing up or DIY.

Why do people have fantasies?

Very often, a fantasy is a simply wish-fulfilment, which provides an escape from the daily round. Daydreaming may overlap with the fantasy, as some daydreams are forms of mental activity departing from reality. Dreams of wealth and power are prevalent, such as winning the lottery, becoming chairperson of the board or carrying out heroic deeds, like superman or girl.

Fantasy is made from dreams, desires and imagination.

You can create your dream team in a football fantasy league by making good from a lack of achievement or satisfaction you may have in real life. Other fantasies may be projections into the future.  They allow us to rehearse scenes and activities to be better prepared for them when they happen.

Romance can be fantasy, too, according to a Billy Joel song: “It’s just a fantasy. It’s not the real thing. But sometimes a fantasy is all you need.” But there again, consider Mariah Carey – Fantasy lyrics. I close my eyes, you come, and you take me. It’s just a sweet, sweet fantasy baby.

Love and sex are areas where fantasy plays a large part. Sexual fantasies are typically used to promote arousal. When a couple falls in love, they often weave romantic dreams around each other, imagining scenes with their beloved and endowing partners with qualities they do not possess.

The entertainment industry recognizes this need for fantasizing, and television, books, films, or games provide ready-made dream worlds, allowing audiences to escape into a glamorous environment.

Sigmund Freud “A Child Is Being Beaten” (1919) deals with the theoretical problem of how pleasure and suffering become linked, whether an apparent memory of abuse is a memory of an actual event or a derivative of a fantasy.

Some people suffer images of torture or disgrace, which may be the product of a deeply repressed sense of guilt.

Others imagine hurting people they love, which may be an expression of anger that cannot be openly admitted.

Perhaps there is a dark side we do not openly divulge, and many have seen or read Fifty Shades of Grey trilogy at some point. When you consider the combined set of novels had sold over 100 million copies worldwide by June 2015 and set the United Kingdom’s record as the fastest-selling paperback of all time.

Many children pretend that they are the offspring of other, more distinguished parents, perhaps betraying disillusionment with their birth mother and father.

Sometimes leftover from early childhood, other fantasies are relived in a distorted and coded form in adulthood. A common unconscious one is of a return to the womb, which may come into the conscious as the image of a cave or a deserted room.

Some people have tried drugs to produce fantasies in hallucinations, though the accompanying risks to mental and physical health are well known. Repetitive thoughts or fantasies may also be indicative of the obsessive-compulsive disorder.

Can fantasy be beneficial?

Usually, daydreams are a harmless safety valve. They can cheer up an otherwise dull day, creating a happier, more hopeful frame of mind. They can also stimulate the imagination.

Many great artists, painters, writers, and poets have had a vibrant, fantastic rich life. Part of their genius is to communicate a vision that only they can see clearly, but others can recognize and understand.

With help, it is also possible to analyse your fantasies and so use them to gain helpful insight into your character and motivation.

Can fantasy be harmful?

Fantasy can have its drawbacks. A pleasant reverie while driving a car is a distraction that may increase the possibility of accidents. Fantasy rarely leads to constructive action. It is easier to imagine a different, better life rather than working to achieve it. Some people go further still, opting out of real-life altogether and, although they may have families and jobs, live entirely in their dreams.

Fantasies can sometimes be symptoms of deep-seated neuroses and mental illness. The boundaries between fantasy and reality can also become blurred or destroyed. On rare occasions, the barrier between fantasy and action is broken down so that the dreams, which may be violent obsessions, are acted out with potentially tragic results.

How can I get help?

If you feel that an imbalance between fantasy and objective thought is causing you problems, your doctor should be able to refer you for counselling or other psychotherapeutic help. Sometimes, indulgence in an illusion is a sign that creative needs are not being met. If this could be your situation, perhaps now is the time to explore the interest in painting, writing or music that you have always had.

Many people are aware of problems that they find hard to grasp and define, such as inhibitions, unspecified dissatisfaction with life and an inability to plot their future.

Some psychotherapeutic techniques make use of guided fantasy, or imagery, as a means of changing the client’s inner World or behaviour to come to terms with these problems.

For example, clients may be asked to imagine scenes or events they or other people are depicted desirably. The imagery may be explicitly related to problems in the client’s life or create a metaphor that the therapist and client can indirectly lead to change.

Observe All: On the Staging of Fundamental Fantasy, Jouissance, and Gaze in Stanley Kubrick’s A Clockwork Orange

In ‘Fantasy and the Origins of Sexuality’, Jean Laplanche and Jean-Bertrand Pontalis had noted that ‘analysts such as Melanie Klein […]

are, more than others, careful to distinguish between the contingent imagery of daydreams and the structural function and permanence of what they call “unconscious fantasies”’.

Klein’s theory of fantasy was developed most famously in Susan Isaacs 1948 essay ‘The Nature and Function of Phantasy’.

Fantasy and the origins of sexuality

Unconscious Fantasy and The Priming Phenomenon.

The Land of Make Believe: How and Why to Encourage Pretend Play