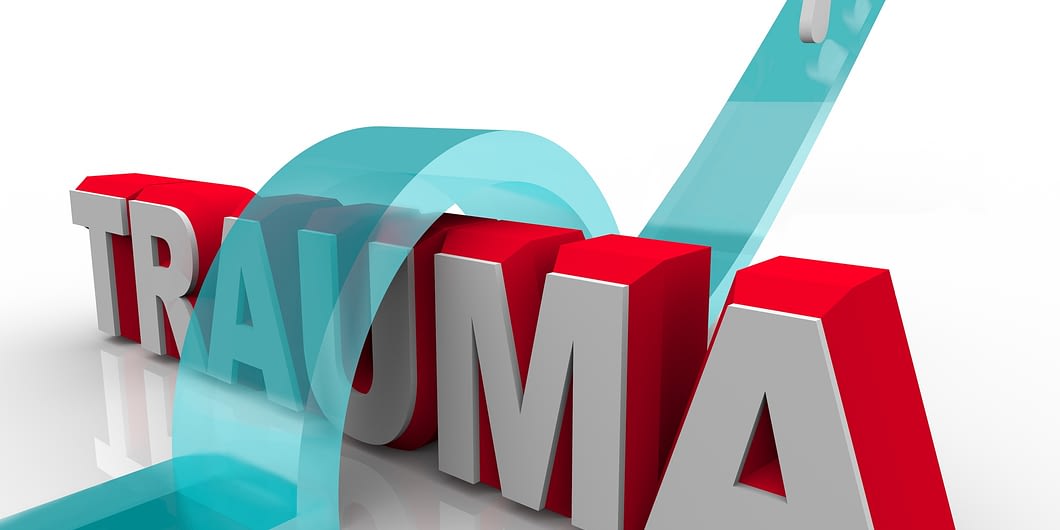 Trauma is an individual event that is out of the ordinary for you. Still, everyone experiences trauma and deals differently with this distress, and something that may be traumatic for you could be an everyday life situation for someone else.

The unconscious aspect of trauma

For example, if you never witnessed animals in an abattoir being slaughtered, your reaction to seeing this for the first time would be extremely different from someone who regularly works there.

I have known many individuals become vegetarians following a visit to this place. Surprisingly, they do not have open days.

It can be difficult to judge how a person will react in any given situation; some of the most unlikely individuals in history has turned out to be heroes. Perhaps it is a deep-seated compassion that exists in all of us, we just love to see the underdog come good.

I remember my first time as a medical student many years ago visiting a mortuary for the first time; all the cadavers (20 in total) laid out on plinths in a partial state of dissection with the intense aroma of Formaldehyde.

It wasn’t until the late afternoon; one of our classmates returned to the lessons. She was so traumatised by the event that day.

She had left the autopsy early without any of us noticing. When questioned, She had no idea where she had been for the last few hours or any recollection of leaving the room in the first place.

During a traumatic event, a sensor called the Amygdala triggers your brain to activate a “fight-or-flight” survival response.

This reaction, which is all emotional, sends a message to your adrenal gland in a split second, leading to cortisol and adrenaline production to get you out of danger, which then activates a series of physiological and metabolic effects.

Your mouth will suddenly get dry, your heart will start racing, your stomach will be upset, and you’ll feel like you are going be sick or pass out.

All this requires energy, to stand and fight or run away, and the body’s metabolism (i.e. raising plasma glucose) is activated. 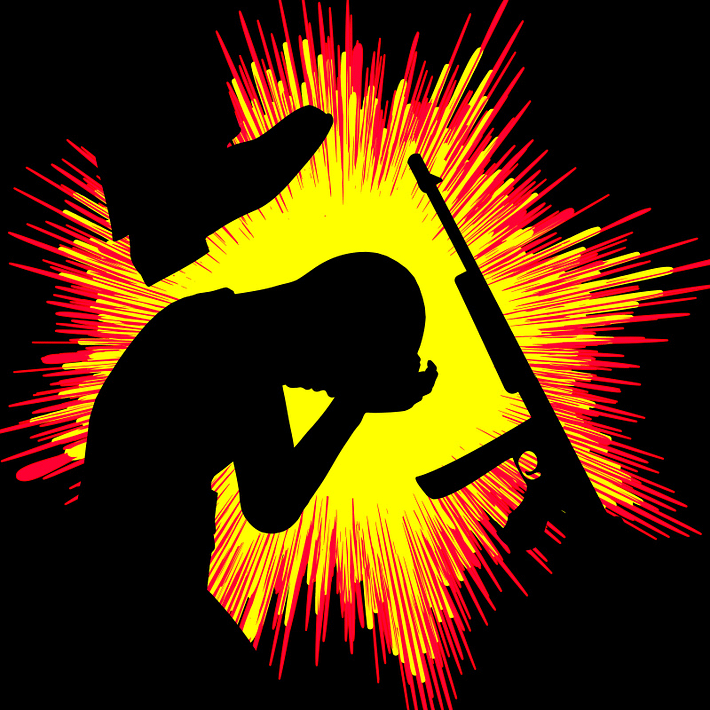 In addition to your Limbic System, this same message also gets sent to your frontal lobe, which is where you think and have rational thoughts.

If you are a movie buff, you may recall this being referred by Hannibal Lecter in “Silence of the lambs” as the seat of good manners.

The frontal lobe is your reactive “brakes”, and lets you know that you are safe, and all those symptoms of fight-or-flight survival gradually disappear. However, the memory of this experience can be recalled as “Flashbulb Memory” and may pop up again in the future.

Experiencing any trauma is enough to develop Post Traumatic Stress disorder (PTSD) in some individuals. Not everyone who experiences trauma will go on to develop PTSD.

Most people think PTSD is about war veterans and combat stress, but eight million Americans cope with PTSD each year, many of whom have never served in the military.

Unfortunately, traumatic experiences are widespread, and according to the U.S. Department of Veterans Affairs, roughly 60 per cent of men and 50 per cent of women will experience at least one trauma throughout their lives.

The impact of secondary acquired trauma in health care workers

We have not been directly exposed to the trauma scene, but we hear the story told with such intensity, or we hear similar stories so often, or we have the gift and curse of extreme empathy, and we suffer.

We feel the feelings of our clients. We experience their fears. We dream their dreams. Eventually, we lose a certain spark of optimism, humour and hope. We tire. We aren’t sick, but we aren’t ourselves.

Secondary traumatic stress is the emotional duress that results when an individual hears about the firsthand trauma experiences of another.

Many professions are exposed to stressful or disturbing images and stories second-hand while conducting out their work.

There are also gender differences in the prevalence and vulnerability of secondary trauma. Research suggests that women are more likely than men to develop secondary traumatisation.

There is an obvious risk factor for individuals working and volunteering in the fields of victim services, law enforcement, emergency medical services, fire services, and other allied professions, due to their continuous exposure daily to victims of trauma and violence.

There is also concern that social media is fuelling this phenomenon with live streaming events in real-time, which capture traumatic events like the high school shooting in February 2018 in which Snapchat views accounted for 20 per cent of its users being under 18 years of age having access to this visual and sensitive information.

Social media posts that include graphic firsthand details can have the potential to traumatise young and vulnerable children. However, removing this explicit information from social media sites has to be carried out manually.

Social media companies are fully aware of this situation, and Facebook has agreed to pay $52 million to its content moderators as compensation for mental health issues caused by their work.

The internet is already generally a cesspool of filth and cruelty, so one can only imagine the incredibly horrific things its moderators are forced to witness every day.

According to a company contracted by YouTube for content moderation services, staff were required to sign a document warning of job-related PTSD.  They were warned about termination if they did not comply and sign it.

Although the concept of secondary traumatic stress is less than two decades old, there is a growing body of studies detailing the existence of many different survivor groups.

For example, counsellors with high domestic violence caseloads have been shown to have typical symptoms of vicarious traumatisation.

Caregivers who extend themselves beyond the limits of customer service delivery by overworking, ignoring healthy boundaries, or taking on too many trauma survivors in their caseload are also at risk.

An often extreme state of tension and preoccupation within family members with the emotional pain and physical distress of those being helped can create secondary traumatic stress (STS) for the primary caregiver.

The more depleted and overwhelmed you feel, the higher the risk is that you’ll acquire cumulative burnout (BO).

The following three terms are complementary and yet different from one another. The terminology, even amongst trauma professionals, can be confusing and labelled incorrectly. Let's just recap on the different modalities and aetiology of secondary trauma:

While Compassion Fatigue (CF) refers to the profound emotional and physical erosion that takes place when helpers are unable to refuel and regenerate.

The term Vicarious trauma (VT) was coined by Pearlman & Saakvitne (1995) to describe the profound shift in the world view that occurs in helping professionals when they work with clients who have experienced trauma.

Helpers notice that their fundamental beliefs about the world are altered and possibly damaged by being repeatedly exposed to traumatic material.

Burnout is a term that has been used since the early 1980s describe the physical and emotional exhaustion that workers can experience when they have low job satisfaction and feel powerless and overwhelmed at work.

However, burnout does not necessarily mean that our view of the world has been damaged, or that we have lost the ability to feel compassion for others.

It has long been recognised that emergency workers, physicians, nurses, police officers, firefighters, social service workers, and even family members, plus other witnesses and bystanders to disasters and trauma are all at risk in developing secondary trauma symptoms themselves.

Individual and work-place interventions and policies should be in place by management teams, which falls under the duty of care and equalities act. Having access to support and sources when needed. (https://www.stsconsortium.com/online-training)

By providing the correct training, observing the lone worker legislation strategy to reduce the workload impact, and susceptibility to individuals in this field of work from mental illness.

Ultimately, it is the duty of management and also the individual responsibility to safeguard their own mental health and wellbeing.

Unfortunately, traumatic experiences can develop in many ways; we have acknowledged that specific individuals are more susceptible to trauma-related incidences by both gender and occupation. If you consider this report, the next question we should be asking, are adequate safeguards with support in place to protect your staff.

The information provided by Mental Health Training is for informational purposes only. It is not a replacement for medical, psychological, and mental health advice.

Always follow the advice of your medical or mental health practitioner.